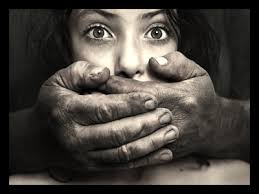 The youth sexually assaulted the 17-year-old girl eight months ago, and she became pregnant, police said

The Anamalai police in rural Coimbatore on Friday arrested a youth on charges of sexually assaulting a minor girl and impregnating her. The accused was identified as a resident of a village near Anamalai.

The police said that the accused and the survivor, a 17-year-old girl, lived in the same locality. The girl’s brother and the accused were friends and the latter became close to her, said the police.

According to the police, the accused, a daily wage labourer, used to frequent the girl’s house when she was alone. The youth sexually assaulted the girl eight months ago, and she became pregnant, said the police.

The girl was recently taken to a nearby Government hospital where doctors found that she was seven months pregnant. She was admitted to the Government Headquarters, Hospital, Pollachi.

The accused was arrested under sections of the Protection of Children from Sexual Offences (Pocso) Act based on a complaint lodged by the parents of the girl.