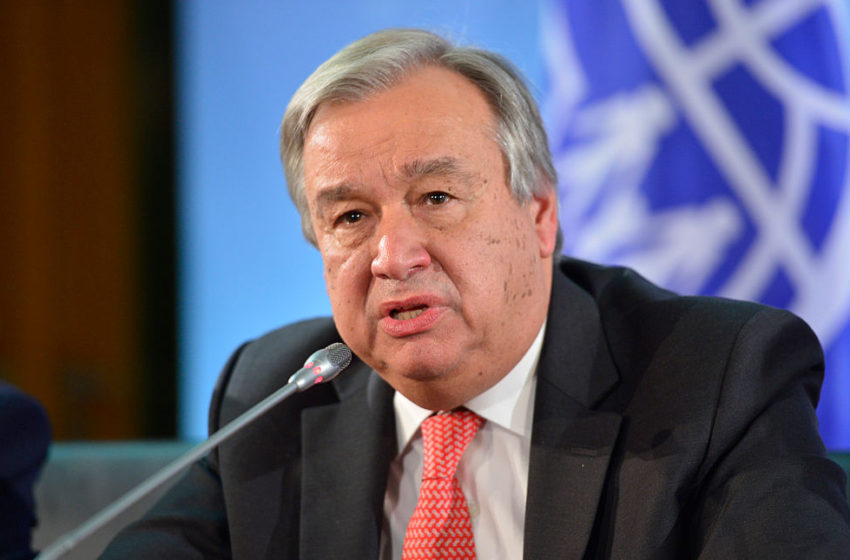 UN Secretary-General Antonio Guterres has said the world organisation stands ready to step up its support to India to combat the “horrific” COVID-19 wave in the country that has infected more than 18 million people and killed over 200,000.

“With the entire @UN family, I stand in solidarity with the people of India as they face a horrific #COVID19 outbreak.

The UN stands ready to step up our support,” Guterres tweeted on Thursday.

India’s Permanent Representative to the UN Ambassador T S Tirumurti replied to Guterres’s tweet saying that India deeply appreciates “your sentiments and solidarity at this juncture.

We also appreciate the support @UNinIndia is giving us,” tagging the Twitter handle of the United Nations in India.
As per data by the World Health Organization, confirmed COVID-19 cases in India stand at over 18.37 million and more than 204,000 people have died due to the virus.

Earlier this week, President of the UN General Assembly Volkan Bozkir had tweeted that he is “worried” about the COVID-19 situation in India, “a country which did so much to ensure #Vaccines4All in vulnerable countries.

It’s time for the world to extend aid & support to India. No one’s safe until we’re all safe.” He had added that his thoughts are with the people of India at this time.

The United Nations team in India is supporting the response of the country’s authorities to the COVID-19 pandemic by providing critical supplies and UN agencies are procuring thousands of oxygen concentrators, oxygen generating plants and other essential equipment as well as helping set up mobile hospital units.

Deputy Spokesman for the Secretary-General, Farhan Haq had told reporters at the daily press briefing on Wednesday that the UN team in India, led by Resident Coordinator Renata Lok Dessallien, is supporting the authorities’ response to the pandemic by providing equipment and supplies, including to local governments.

The WHO and UNICEF (United Nations Children’s Fund) are procuring equipment and supplies, including 7,000 oxygen concentrators and 500 nasal devices for oxygen supply, as well as oxygen generating plants, COVID-19 testing machines, and personal protective kits.