Dismissing suspicions over the stability of the MVA government in Maharashtra, NCP chief Sharad Pawar has said that he has no doubt that the Shiv Sena-led alliance will complete its five-year term MUMBAI After Shiv Sena leader Sanjay Raut praised Prime Minister Narendra Modi, NCP chief Sharad Pawar has reiterated that the Maha Vikas Aghadi […]Read More ‘Will Jitin get ‘prasada’ from BJP or is he just

Jitin Prasada’s departure is seen as a fresh blow to the Congress after another heavyweight leader of the party Jyotiraditya Scindia had joined the BJP in March 2020 NEW DELHI Congress leader Kapil Sibal on Thursday took a dig at former union minister Jitin Prasada, who joined the Bharatiya Janata Party on Wednesday. Taking to […]Read More Chidambaram claims no state demanded direct purchase of vaccines, then Battle against COVID-19, not Congress: Rahul Gandhi to Centre

Congress has alleged that the government has mishandled the whole issue and the patients are being denied treatment and there is a shortage of oxygen beds and essential medicine NEW DELHI Stepping up the attack on the government on the issue of coronavirus management, Congress leader Rahul Gandhi on Tuesday said that the fight is […]Read More 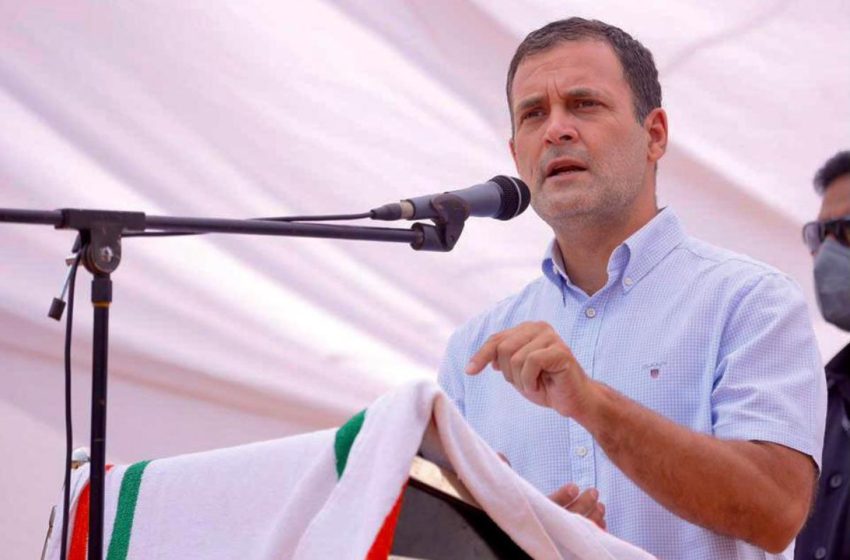 He urged the electorates to vote for the Congress-Left Front-Indian Secular Front alliance as neither the BJP nor the TMC can be trusted KOLKATA Debuting his campaign in Bengal on Wednesday, Congress leader Rahul Gandhi tore into TMC and BJP. Taking potshots at TMC chief Mamata Banerjee, he claimed the Congress has never compromised on its […]Read More

The BJP has slammed the Opposition parties and claimed that the rant against EVMs indicates that these parties have already accepted their defeat MUMBAI Shiv Sena has hit out at the Bharatiya Janata Party (BJP) and alleged that the Election commission (EC) is being ‘hijacked’ by its former ally. In an editorial in its mouthpiece […]Read More Democracy murdered in Bihar, says Congress after ruckus in state

The Bihar Assembly witnessed unprecedented turmoil on Tuesday and the police was called in to physically evict legislators who had laid siege to the Speakers chamber NEW DELHI The Congress on Wednesday alleged that democracy has been murdered in Bihar after opposition legislators were allegedly roughed up by the police inside the state assembly. The […]Read More The chief minister is now scared of her defeat after we successfully formed an alliance,” said state Congress president Adhir Ranjan Chowdhury KOLKATA The Congress unveiled its Bengal election manifesto on Monday, promising monthly financial assistance to migrant workers who lost jobs during the pandemic and financially backward families. It also promised to restore the […]Read More

BJP defers appointments of board corporations; reshuffle in Congress expected 234 Assembly constituencies will go to polls on April 6, 2021. Sources said that Left parties are not happy with MK Stalin-led DMK CHENNAI Ahead of Tamil Nadu elections, the Dravida Munnetra Kazhagam (DMK) and Congress alliance has hit a rough patch, as MK Stalin-headed outfit has refused to give 30 Assembly seats to the […]Read More