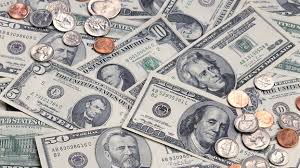 The local unit opened 3 paise lower at 73.64 at the interbank forex market, then gained ground and touched 73.55 against the greenback, up 6 paise over its previous close.
On Friday, the rupee had staged a sensible rebound and shut at 73.61 against the U.S. dollar.

“The market would anticipate to how Biden stands up to Trump. President Trump would want to consolidate his Republican base, touching upon issues which resonate most with them,” said Abhishek Goenka, Founder and CEO, IFA Global.

Goenka further said that “today (Monday) is that the September Currency derivatives expiry. We could see some selling at RBI fix. Month-end exporter selling could limit up side in USD-INR. it’s likely to trade 73.50-73.85 range intraday.”

Meanwhile, the dollar index, which gauges the greenback’s strength against a basket of six currencies, fell 0.16% to 94.48.

Foreign institutional investors were net sellers within the capital market as they offloaded shares worth ₹2,080.21 crore on a net basis on Friday, consistent with provisional exchange data.