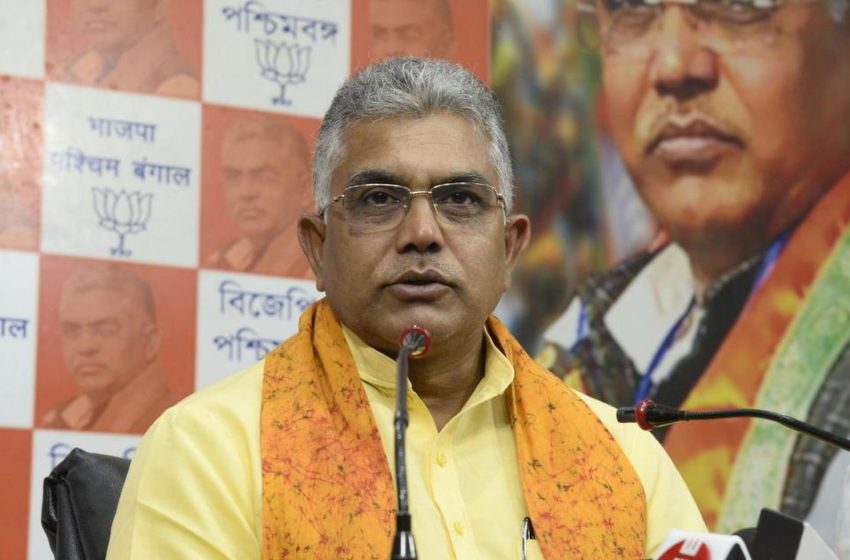 West Bengal BJP chief Dilip Ghosh said he will not be contesting upcoming state elections. He will instead be supervising the party’s poll campaign

“My name won’t be there in the list of candidates contesting polls. Being state chief, the party has decided that poll campaigns in the state will be done under my supervision,” Ghosh said. The BJP’s Central Election Committee on Wednesday finalised most candidates for constituencies going to polls in the last four phases of the West Bengal Assembly elections.

“Names for majority of seats were finalised and will be announced soon,” Babul Supriyo, Union minister and candidate from Tollygunge Assembly seat, said. The party has, so far, released the names of 112 candidates for the first four phases of the West Bengal Assembly elections. Four MPs including Babul Supriyo, Locket Chatterjee, Swapan Dasgupta and Nisith Pramanik will be fighting the polls.

Economist Ashok Lahiri, actors Yash Das Gupta, Tanusree Chakraborty, Payal Sarkara, Anjana Basu and Hiraan Chatterjee have also been given tickets by the BJP. The polls are slated to take place in eight phases starting March 27. The last round of polls will take place on April 29 and the counting of votes will be done on May 2.

The BJP is already confident about wresting power from the Trinamool Congress (TMC) in the state by winning more than 200 seats. The TMC, on the other hand, has predicted that the BJP will not secure more than 99 seats in the 294-member West Bengal Assembly.

Opposition in the country is weak: Rakesh...