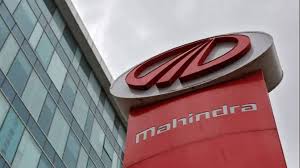 The company had posted a profit after tax of Rs 894.11 crore in the same period last fiscal, M&M said in a regulatory filing.

In Q1 F2021, the Indian auto industry (excluding two wheelers) reported a de-growth of 81.5% over the previous year. After the first ever zero sales in the month of April, the industry is finding its way back. The Company’s key brands which have a strong rural bias saw good demand in the month of June. However, low pipeline inventory coupled with the challenges of ramping up production due to supply chain issues affected the Company’s sales. The Company continues its strong focus on cost management to improve its financial performance in these testing times. Its timely decision to raise funds along with good cash generation in the quarter has further strengthened the Company’s cash position,” M&M said.