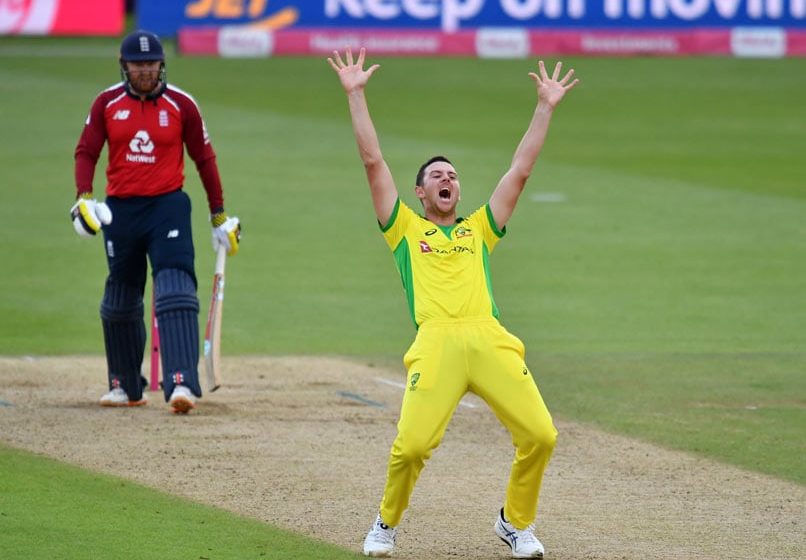 Pujara and Hazlewood were slated to share the dressing room for Chennai Super Kings (CSK), but with the Aussie pacer pulling out, this would not be happening this season

After Josh Hazlewood decided to pull out of the upcoming edition of the Indian Premier League (IPL), Cheteshwar Pujara started trending on Twitter and netizens were quick to say that India’s batting mainstay in Test cricket was the reason behind the Australian pacer’s decision to withdraw from the T20 tournament.

Pujara and Hazlewood were slated to share the dressing room for Chennai Super Kings (CSK), but with the Aussie pacer pulling out, this would not be happening this season. “Josh Hazlewood has opted out of IPL, tired of bowling Pujara in nets,” wrote one user on Twitter.

Another user was quick to say that Hazlewood was smart to pull out of the tournament. “Hazlewood is very smart. So that he need not bowl to Pujara in nets” said another user on Twitter.

On Wednesday, a video of Pujara hitting sixes during a CSK training session went viral on social media, and many users on Twitter brought up that video to say Hazlewood got scared of bowling to Pujara in the nets. “This is what happens when you see Pujara batting in nets,” said one user on Twitter.

Hazlewood has pulled out of IPL as he “got tired of bio-bubbles”. He also said that he wants to spend some time with his family. “It’s been a long 10 months in bubbles and quarantine at different times, so I decided to have a rest from cricket and spend some time at home and in Australia in the next two months. We’ve got a big winter ahead too. The West Indies is going to be a long tour, with Bangladesh T20 tour potentially thrown on the end of that,” cricket.com.au quoted Hazlewood as saying.

“Then potentially the T20 World Cup leading into the Ashes, so it’s a big 12 months, as it always is with Australia, and I want to give myself the best chance to be mentally and physically ready for that. That’s the decision I’ve made, and it sits pretty well with me,” he added.

After India had won the Border-Gavaskar Trophy against Australia 2-1 earlier this year, India fielding coach R Sridhar had revealed how he heard Hazlewood getting tired of bowling to Pujara. Chatting with spinner Ravichandran Ashwin on the latter’s YouTube channel, Sridhar revealed how the Aussie quick was in no mood of watching Pujara’s batting videos in the dressing room.

“I received some information from the Australian dressing room where they were analysing Pujara’s batting. Hazlewood apparently threw his cap down and said — Enough of me seeing Pujara again. I have seen enough on the field,” Sridhar told Ashwin. Hazlewood and Pujara have had gruelling contests in the middle in the last two India-Australia series. Both players have enjoyed success against each other at some stage.

IPL 2021 is slated to commence on April 9 with defending champions Mumbai Indians and Royal Challengers Bangalore (RCB) locking horns in the tournament opener. CSK will play its first match on April 10 against Rishabh Pant-led Delhi Capitals at the Wankhede Stadium in Mumbai.