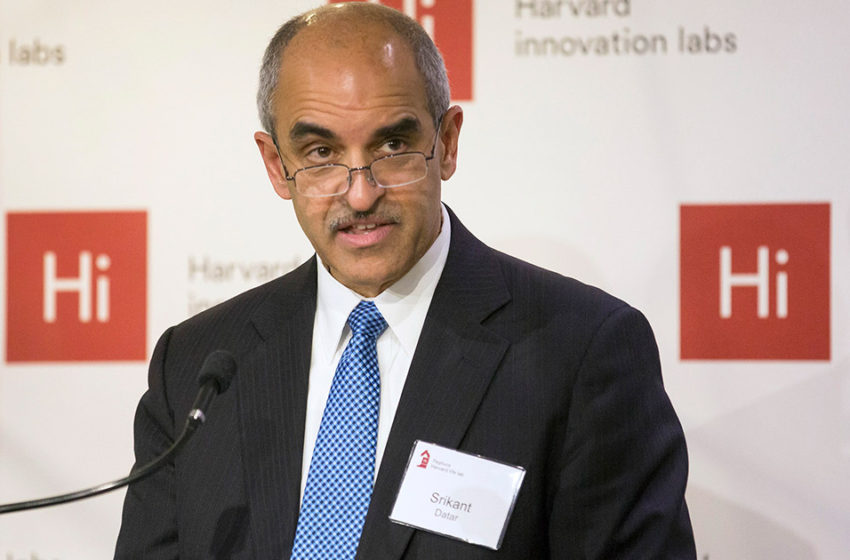 Economist Srikant Datar, who is an alumnus of IIM Ahmedabad, has been appointed the dean of the Harvard Business School.

Indian-origin academician and economist Srikant Datar, who is an alumnus of the prestigious Indian Institute of Management Ahmedabad, has now been appointed the new Dean of the Harvard Business School. He will assume this position from January 1, 2021.

Srikant Datar, who is set to assume charge of the prestigious 112-year-old business school in Boston, will be the second consecutive dean of Indian origin after Nitin Nohria.

Mr. Bacow said, “He is a leading thinker about the future of business education, and he has recently played an essential role in HBS’s creative response to the challenges posed by the COVID-19 pandemic.”

He further added that Datar has served with distinction in a range of leadership positions over his nearly 25 years at HBS, while also forging novel collaborations with other Harvard Schools.

Srikant Datar has said that he is “equal measures humbled and honored to take on this role” after being appointed the new dean of the Harvard Business School after Nitin Nohria.

Datar also said, “I look forward to working with colleagues and friends of the School — including throughout Harvard, in our Boston community, and around the world — to realize our mission in what undoubtedly will be an exciting new era.”

Datar will be succeeding Nitin Nohria, who last November announced his plans to conclude his deanship at the end of June 2020, after 10 years of distinguished service, but agreed to continue through this December in view of the pandemic.

Srikant Datar completed his graduation from the University of Bombay in 1973 and assumed a career as a chartered accountant. He then received his postgraduate diploma in business management from the Indian Institute of Management (IIM) Ahmedabad.

He then completed his master’s degrees in statistics and economics and a Ph.D. in business from Stanford University. He was an assistant professor and then associate professor at the Carnegie Mellon Graduate School of Industrial Administration from 1984 to 1989, where he was honoured with the George Leland Bach Teaching Award.

Currently, he is serving on a governing body of the Indian Institute of Management, Calcutta.

Datar has also held a lot of key positions in Harvard Business School, after joining the institute as a faculty member in 1996. He was the school’s senior associate dean responsible for faculty recruiting, for faculty development, for executive education, for research, and currently for University affairs.