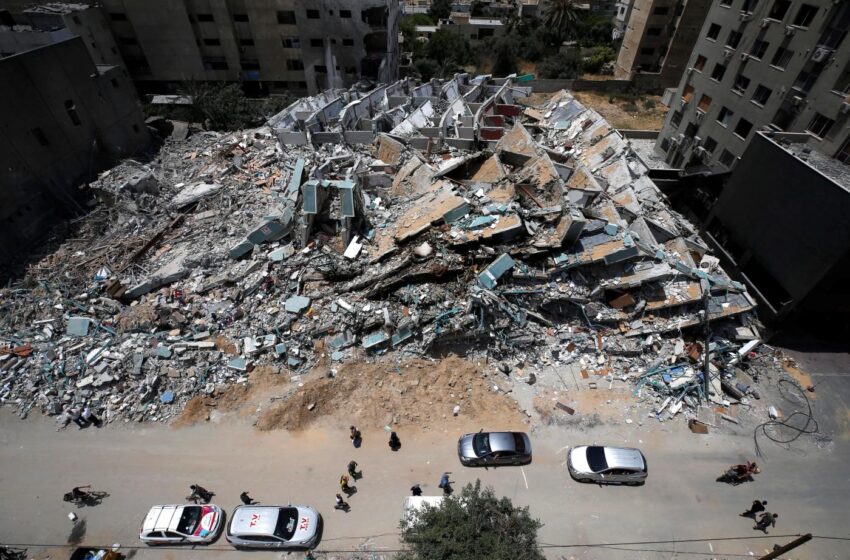 A few hours after the latest cease-fire took effect in the Gaza Strip, a number of Palestinian journalists in the coastal enclave found they were blocked from accessing WhatsApp messenger — a crucial tool used to communicate with sources, editors and the world beyond the blockaded strip.

The incident marks the latest puzzling move concerning WhatsApp’s owner Facebook Inc. that’s left Palestinian users or their allies bewildered as to why they’ve been targeted by the company, or if indeed they’d been singled out for censorship at all.

Twelve of the 17 journalists contacted by the AP said they had been part of a WhatsApp group that disseminates information related to Hamas military operations. Hamas, which rules over the Gaza Strip, is viewed as a terrorist organization by Israel and the United States, where WhatsApp owner Facebook is headquartered.

It’s unclear if the journalists were targeted because they’d been following that group’s announcements on WhatsApp.

Hamas runs Gaza’s Health Ministry, which has a WhatsApp group followed by more than 80 people, many of them journalists. That group, for example, has not been blocked.

Hassan Slaieh, a freelance journalist in Gaza whose WhatsApp account is blocked, said he thinks his account might have been targeted because he was on a group called Hamas Media.

“This has affected my work and my income because I lost conversations with sources and people,” Slaieh said.

Al Jazeera’s chief correspondent in Gaza, Wael al-Dahdouh, said his access to WhatsApp was blocked around dawn on Friday before it was reinstated Monday. He said journalists subscribe to Hamas groups only to get information needed to do journalistic work.

A WhatsApp spokesperson said the company bans accounts to comply with its policies “to prevent harm as well as applicable law.” The company said it has been in touch with media outlets over the last week about its practices. “We will reinstate journalists if any were impacted,” the company said.

Al Jazeera said that when it sought information regarding its four journalists in Gaza impacted by the blockage, they were told by Facebook that the company had blocked the numbers of groups based out of Gaza and consequently the cell phone numbers of Al Jazeera journalists were part of the groups they had blocked.

Among those affected by the WhatsApp blockage are two Agence France-Presse journalists. The Paris-based international news service told the AP it is working with WhatsApp to understand what the problem is and to restore their accounts.

The 11-day war caused widespread destruction across Gaza with 248 Palestinians, including 66 children and 39 women, killed in the fighting. Israel says 12 people in Israel, including two children, also died.

It’s not the first time journalists have been suddenly barred from WhatsApp. In 2019, a number of journalists in Gaza had their accounts blocked without explanation. The accounts of those working with international media organizations were restored after contacting the company.