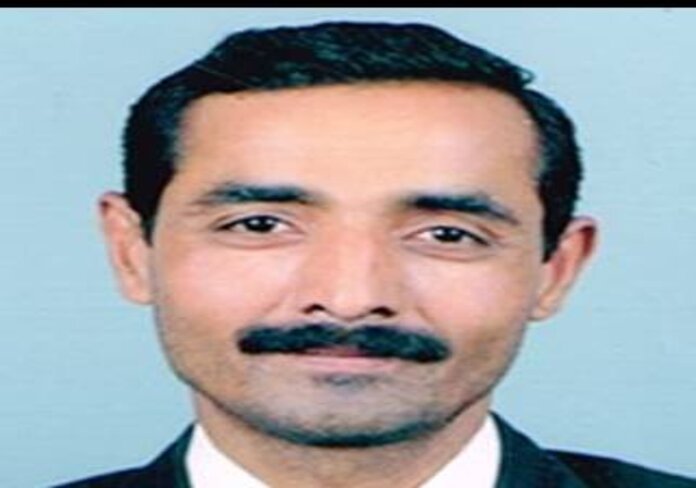 Investigations into the murder of Dalit lawyer Devji Maheshwari have found evidence of prime accused Bharat Raval having killed him over an argument over his social media posts.

Raval, the 22-year-old man who was working in a printer repairing shop, and Maheshwari had had a heated argument over phone about the latter’s social media posts just days before the former stabbed him to death in Rapar town of Kutch on September 25, police said on Saturday.

Incidentally, Mumbai police, which had nabbed Bharat the day after the alleged murder, had also said that the accused had killed the victim over the latter’s social media posts which the accused found prejudicial to Brahmins, the community he hails from. The police have not found any evidence so far against the eight persons who were named by Maheshwari’s wife Minaxiben in the FIR.

Talking to The Sunday Express, the DIG said that police have also recovered audio recording of the conversation the accused and the victim had had over phone. “Investigation has revealed that they had a conversation for 13 to 14 minutes and we have also recovered recording from mobile phone. Maheshwari was associated with BAMCEF (All India Backward and Minority Communities Employees Federation) and he used to comment against Brahmins on social media and elsewhere. The boy (Raval) had spoken to him over this many times to complain that his anti-Brahmin posts on social media posts were not appropriate and that he shouldn’t be posting such comments. The duo had had argument over this issue,” Mothaliya said.

Sources confirmed that Raval and Maheshwari had had an argument over phone in July this year and again just a few days before the murder on September 25. “Raval had even met Maheshwari in person around three to four months back and asked him to refrain from making such posts. However, the advocate had dismissed his complaints, had asked him to mind his business and leave his place. The advocate often used to receive threat calls and he thought that Raval was also one such person,” said sources.

The sources said that audio recordings of the purported conversation between Raval and Maheshwari were retrieved from the former’s mobile phone. Police said Raval had left the phone at a fast-food joint in Maheta Complex for recharging its battery just minutes before he fatally stabbed the advocate outside the latter’s office in the same commercial building in Rapar town. Police had seized that mobile phone later on.

“During interrogation, Raval has confessed that he had a tussle with Maheshwari over the latter’s anti-Brahmin posts and therefore he murdered him. The audio recording retrieved from his mobile phone corroborate that claim,” said sources in know of the details of the investigation.

Raval is a native of Rapar town but was working in printer-repairing shop run by one Mahesh Hanat alias Mahesh Bhoja Patel in Malad area of Mumbai. Hanat is also a native of Rapar. After stabbing Maheshwari, Raval had escaped to Mumbai with Hanat and his friends Prakash Bera and Rajesh alias Viram Devda helping him. However, Mumbai Crime Branch had arrested Raval as soon as he reached the Malad shop the following day. During questioning, Raval had reportedly told Mumbai police that he had assaulted Maheswhari after clashing on social media.

In her complaint, Maheshwari’s wife had named nine persons, including Bharat, as accused. She had stated that Raval and others murdered her husband after the 50-year-old advocate took up a civil matter relating to a dispute over title of Luhar-Suthar Samaj Vadi, a community hall in Gelivadi area of Rapar. She had stated that due to fear of the accused, no other advocate was willing to take up the suit and that after her husband took it up, the accused had been issuing him threats.

“However, in the course of investigation so far, we have not found any evidence against the rest eight persons named in the FIR. Nonetheless, we are still investigating the case from that angle also and the accused are cooperating in the investigation,” said a source.

Raval, Hanat, Bera and Devda are presently in judicial custody.