In February, a UK court had ordered his extradition to India to stand trial after dismissing arguments of his “mental health concerns”, saying they are not unusual in a man in his circumstances LONDON Fugitive diamond dealer Nirav Modi has filed an appeal in the United Kingdom High Court seeking permission to challenge the decision […]Read More Australians to face five-year jail or hefty fine if they

The move aims at keeping the coronavirus spread in check in Australia as India is facing a surge in infections cases MELBOURNE Threatening a five-year jail term or hefty fine, the Australian government temporarily barred its citizens from entering the country if they happened to be in India within 14 days of their intended arrival. […]Read More The chief minister is now scared of her defeat after we successfully formed an alliance,” said state Congress president Adhir Ranjan Chowdhury KOLKATA The Congress unveiled its Bengal election manifesto on Monday, promising monthly financial assistance to migrant workers who lost jobs during the pandemic and financially backward families. It also promised to restore the […]Read More My name won’t be there in the list of candidates:

West Bengal BJP chief Dilip Ghosh said he will not be contesting upcoming state elections. He will instead be supervising the party’s poll campaign KOLKATA Bharatiya Janata Party (BJP) West Bengal chief Dilip Ghosh will not be contesting the upcoming Assembly elections, he revealed while speaking in New Town, Kolkata on Thursday. “My name won’t […]Read More PM Modi was speaking in Purulia ahead of the eight-phase Bengal election, for which the ruling BJP has mounted an aggressive campaign to oust the two-time CM and her TMC from power PURULIA Prime Minister Narendra Modi, campaigning in Bengal days ahead of a make-or-break election, today used Chief Minister Mamata Banerjee’s “Khela Hobe (game […]Read More The government and the BJP are not trustworthy, BKU president Naresh Tikait alleged on Wednesday, as he hit out at the Centre over the contentious agriculture laws SIDDARTH NAGAR An MLA of the Apna Dal (S), an ally of the ruling BJP in Uttar Pradesh, came out in support of the farmers agitating against three […]Read More 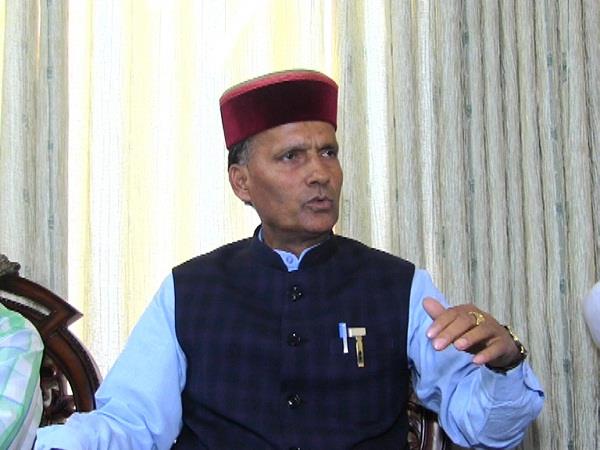 The BJP cancelled its parliamentary party meeting today following the news of party MP Ram Swaroop Sharma’s death NEW DELHI A BJP MP from Himachal Pradesh, Ram Swaroop Sharma, was found dead at his residence in Delhi today, the police said, adding they are investigating whether it was a case of suicide. Sharma, 62, was […]Read More Sachin Vaze used to drive the Mercedes car, the NIA said MUMBAI The National Investigation Agency, which is probing the recovery of an explosives-laden Scorpio SUV near industrialist Mukesh Ambani’s residence in Mumbai last month, has seized a black Mercedes-Benz car, which allegedly used to be driven by arrested police officer Sachin Waze. The anti-terror […]Read More