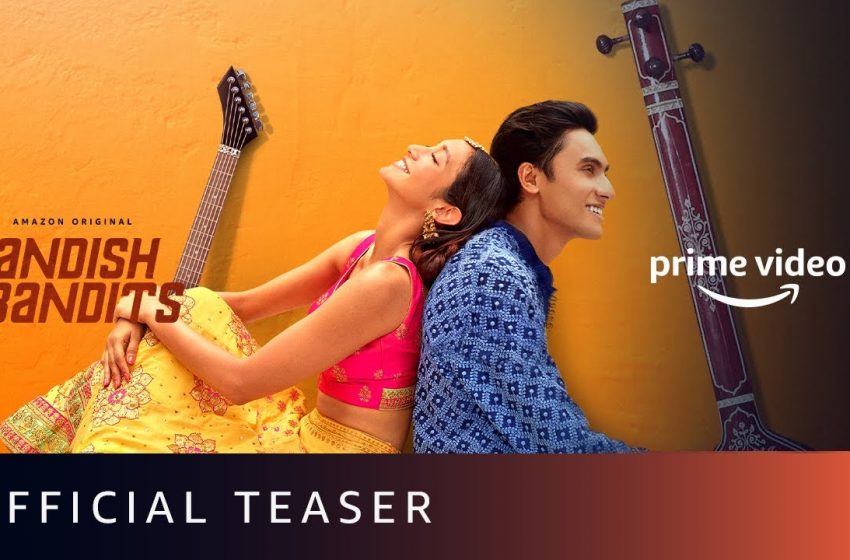 For the sake of happy fiction, Radhe will find his note before the first episode ends. The series however continues grappling in search for the right high till the end

Scenic Rajasthan, some fabulous acting and lots of great music could be reasons to watch “Bandish Bandits”, an otherwise average musical propped by the theory that opposites attract in love. Most on-screen stories narrating the coming-of-age tale of a young artiste, who starts off as an underdog in life to find success in the end, follow a pattern, and this series is no exception to the rule. It lays out a predictable storyline with hardly any dramatic high worth recall, even after 10 episodes that clock anything between 42 minutes and roundabout an hour.

“Bandish Bandits” talks of conflict and confluence points that the worlds of Indian classical and western pop music share. It works at establishing how there still are enough people around for whom the purity of art triumphs over the trappings of fame and riches.

Creator Anand Tiwari and his team of co-writers (Adhir Bhat, Amritpal Singh Bindra, Lara Chandni) set up the mood and motive of the story in the first episode. We meet Pandit Radhemohan Rathod (Naseeruddin Shah), Sangeet Samrat who lives in Jodhpur. In the opening frames, he is training a band of young disciples in the early hours of the day. Among them is Panditji’s grandson Radhe.

Far removed from Radhe’s world is one in which Tamanna (Shreya Chaudhary) dwells. She is a city-bred, internet sensation pop star and her dream is to sing with her idol, international music star Queen Eli. For that to happen, she desperately need to deliver a defining hit. Time is running out for her to score her elusive blockbuster.

Since Tamanna has landed in Jodhpur with her father, it is imperative she has checked into the hotel where Radhe works as a part-time waiter (despite being Sangeet Samrat and living in a grand haveli, Pandit Rathod actually has no steady income). Tamanna and Radhe’s paths will cross and, after a cliched first-encounter rift, she falls head over heels for Radhe.

What follows is a series of foreseeable events, as Tamanna offers Radhe the scope to sing with her, since she is convinced a fusion of her pop rhythm and his classical melody is the secret formula that will give her the big hit she needs. He is reluctant initially, wary that the move will upset his purist grandfather, but then hits upon a wonky idea.

There are the occasional efforts to stir up some drama as Radhe and Tamanna’s story plods along, but these are as half-baked as the overall storytelling. With every passing episode, the series begins to lose its draw.

Essentially, two things salvage the show. The first is Shankar-Ehsaan-Loy’s music, produced by Dawgeek. When a soundtrack boasts popular stars as Armaan Malik, Jonita Gandhi, Javed Ali and Shankar Mahadevan, along with the inimitable Mame Khan and the maestro, Pandit Ajoy Chakraborty, it is a rare treat. In fact, there are portions where the narrative drags, and you really sit up as a few snatches of ‘gaayaki’ take over. Shankar-Ehsaan-Loy have been known for their prowess across genres — from Indian classical and semi-classical to peppy pop and funky fusion — over the years. Here is a soundtrack that lets them play out the range. In fact, music becomes a parallel protagonist to Pandit Rathod, Radhe and Tamannah.

The other aspect worth mentioning is the acting. Greenhorn Ritwik Bhowmik puts on an effectively understated act as Radhe, a foil of sorts to the effervescent Tamanna. Shreya Chaudhary as Tamannah tends to go hyper in parts, but that suits her livewire pop star avatar. Rahul Kumar as Radhe’s friend Kabir, Atul Kulkarni as Pandit Rathod’s rival Digvijay, and Rajesh Tailang and Sheeba Chaddha as Radhe’s parents, look and fit their roles.

There is very little that one can add to describe a Naseeruddin Shah performance after all these years. You could fill a book detailing the nuances with which he brings alive his role. Or, you could just sit back and relish, and watch the thespian go