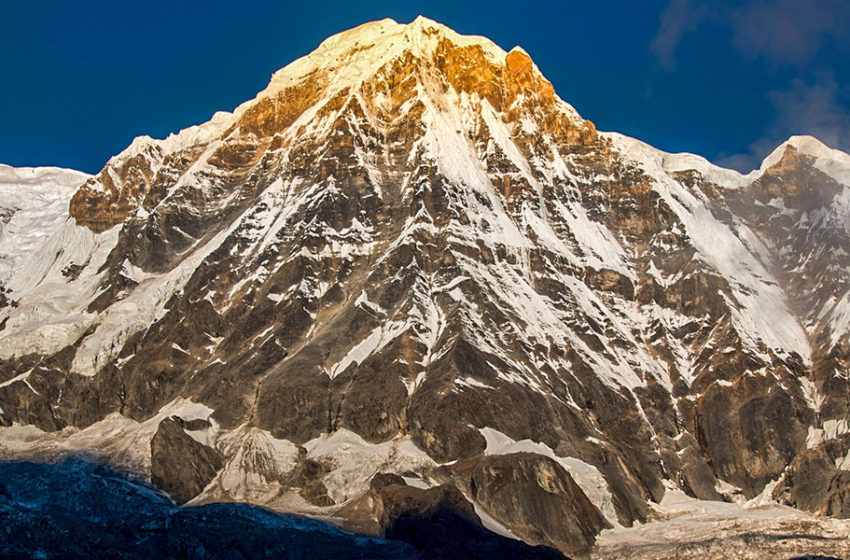 Avaada Energy has sponsored Parth Upadhyaya, a 25-year-old professional mountaineer from Mumbai who is all set to climb & Annapurna-I

Millions of people worldwide have dreams to fulfill – and many of these people are young. Avaada Energy gives young people an opportunity to nurture their talent and achieve their goals because today’s youth represent an aspirational and ambitious New India. When the country’s youth undertake and accomplish challenging tasks, it inspires fellow citizens. It creates self-belief, which acts as a catalyst in the nation’s transformation.
Avaada Energy, India’s leading clean energy producer, is committed to transform society and encourage youth to fulfill their ambitions. Avaada Foundation – a CSR arm of Avaada Energy that works in engaged in social welfare and philanthropy denotes a legacy that is more than a decade old. Avaada believes that the youth of the country have a critical role in nation-building. Hence, Avaada engages with youth and supports them with sponsorship, training, mentorship, etc., to realise and harness their potential. Our vision is to build an inclusive India by pioneering a holistic model to address our nation’s multifaceted development challenges and contribute to its collective aspirations.
The latest development in the path adopted by Avaada Energy is sponsorship provided to Parth Upadhyaya, a 25-year-old professional mountaineer from Mumbai who is all set to climb Annapurna-I peak in Nepal, the most challenging mountain peak in the world. This will create a record by becoming the first person from Maharashtra to climb Annapurna-I and also the first Indian civilian to attempt an 8000-meter mountain without using supplementary oxygen, a feat which only 1% of mountaineers can do.

The expedition began on March 18, 2021, and he aims to summit Annapurna-I before April 25. This expedition will push the boundaries for Indian mountaineering and redefine new possibilities. On May 23, 2019, Parth became the youngest Mumbaikar to climb Mount Everest. Parth climbed Mount Everest from the North Side in Tibet, which is much more challenging and complex than Nepal’s traditional route. Parth started trekking in 2010 when he saw the sun rising from Kalsubai peak in Maharashtra. Since then, he has completed over 1000 treks, including several high peaks.
Annapurna-I is in the north-central Himalayas, Nepal. The 10th highest peak and the least climbed peak in the world with unpredictable climate and rugged terrain making climbing Annapurna-I one of the most extraordinary mountaineering feats. It has a 34% mortality rate and with only 250 successful climbing attempts than Everest, which more than 9000 people have climbed.
Vineet Mittal, Chairman – Avaada Group, said, “Apart from providing access to green power to the communities, Avaada believes in transforming lives and communities by engaging with youth, who have to potential to be change agents. We do this by helping the supporting
young people achieve their goals and become role model for others.”